A couple months ago, I decided I needed to step down from some of my DT work.  I have some "new" commitments having to do with church and a volunteer organization, so I needed to free up some time.  One of the challenge blogs I designed for was closing at the end of December which was a perfect out without having to feel like I was letting anyone down.  (It turns out that the owner decided NOT to close the challenge, but she is working without a design team anyway.)  Another team was running a design team call, so I figured it was the perfect time to step down since they would be able to acquire new team members without any problems.  And then the third team (the one I was planning to keep designing for) suddenly was closed down without any definite plans for the future.  So, I find myself without any DT commitments.  It's sad, but it's also good--now when I make (and post) cards it will be because I need them or because I WANT to make a card, not because I HAVE to make one.  This is my first card after being Design Teamless.  It is a birthday card for my cousin and I tried Jennifer McQuire's "Eclipse Sentiment Stamping" technique for something a little different. 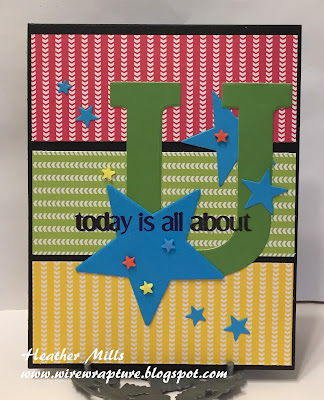 A while ago (ok, a very long while ago) I purchased this "U" die from Altenew.  I had some other ideas for it, but decided to start here: by using it as part of the sentiment.  This card kind of started with the large blue die cut star.  I had several of them left over from a baby shower project last spring, and I have been slowing using them up.  I die cut out a couple smaller stars to go along with it and matched them up with some colorful paper.  Unfortunately as I was stamping on the star, it shifted a little in my MISTI and blurred a little.  UGH!!  Luckily, I had ONE more of the stars, so I adhered it over the original and it was all fixed!  I added a few little star sprinkle pieces that I got from Kat Scrappiness.  They add a fun pop of color!
Supplies:
Stamps: CASual Fridays "Shenanigans"
Dies: Altenew "Mega Alphabet U"; Stamps of Life/Stephanie Bernhart star; Verve small stars
Kat Scrappiness "Superhero Star Sprinkles"
Challenges:
Lil' Patch of Crafty Friends #173--anything goes
Shopping Our Stash #461--something beginning with "S" (Stars, sprinkles, stamping and Sentiment)
Cut It Up #242--birthday cards
Unicorn Challenge #72--layer it up
Cards Galore #95--anything goes
Crafty Hazelnut's Patterned Paper--anything goes with patterned paper
Creative Inspiration--anything goes
Craft Rockets #88--use dies
Crafty Catz #577--anything goes with the optional twist: CAS
Snippets Playground--anything goes with snippets (my patterned papers were all scraps and all the die cuts were cut from scraps--or were left over from a project)
Posted by Heather at 5:50 PM

The content of your blog is exactly what I need, I like your blog
I sincerely hope your blog has a rapid increase in traffic density.
wordpress
blogspot
youtube
បាការ៉ាត់

GORgeous colours and design.
Thank you so much for joining us this week at Crafty Catz.
GDT Chrissyxx

Cut It Up Challenge Blog said...

What a fun card! I love the bright colors and the way the stripes run on your background papers. The sprinkle of stars are perfectly placed, and the black sentiment really pops out.

Thanks for sharing your Birthday Cards project with us at Cut it Up!

What a gorgeous card!! Love the pretty card design and the bright colors you used!! Thanks for joining us at Cut it Up challenge!
Have a great day.
Gerda

Such a brilliant design. Love how you have incorporated the U. Thank you for joining us at Creative Inspirations, good luck.
Hugs
Gina xx

S is for star!! I love the background papers going in different directions...that jumbo U is fun!! Thanks for playing along with our "something that beings with S" challenge over at SOS!!

I love this colourful card using your paper snipptes and will use the JM link you gave to see more about the technique.

We have a few Christmas left over drinks and nibbles up in the virtual Snippets Playground Treehouse if you want to climb the rope ladder and join us!

Love those stripes ... so glad you shared your *S* creation with us at Shopping Our Stash.

Great card Heather, despite the 'blip' and I have many of those for sure! Great save - super use of snippets too!

Clever use of the U and love the bright papers.
Thanks for joining us at Craftyhazelnuts patterned paper challenge blog.
Happy crafting!
Catherine x DT

Also thanks for highlighting the technique ... been and watched Jennifer's video and going to give thus technique a try in future x

What a great card, Heather! Love the colors, and the sentiment is wonderful! The DT situation is bittersweet - sometimes I think I'd love to be DT free, to just create when I want, and what I want, but then other times, I 'need' the DT work to keep my MoJo going! Take care, and keep inspiring me!

Hey Heather! Last call to claim your prize from my blog (Word Art Wednesday Blog Hop #2 prize) I left a message on your last blog post to email me. If I haven't heard from you I will choose another winner (deadline Jan 31)

What a wonderful card. I love the bold colors, the patterned paper, and the stars. Thanks for joining us at Shopping Our Stash and hope you can join us again.
Anna, Design Team

Beautiful CAS card!
I know what you mean with DT. :) I joined only the DT I really wanted so I luckily have no problem with unwanted works. <3

Thank you for joining us at the Crafts Galore Encore Challenge.
~ DT Dagmara 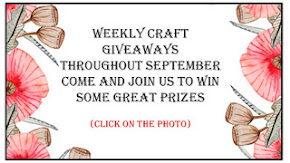 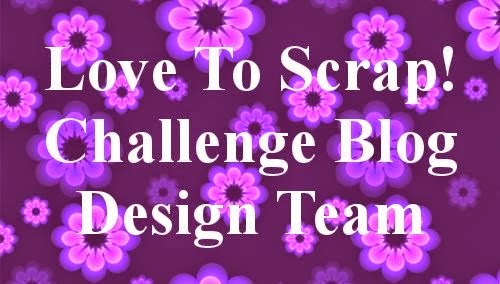 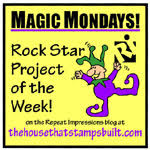 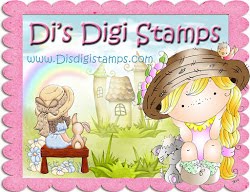